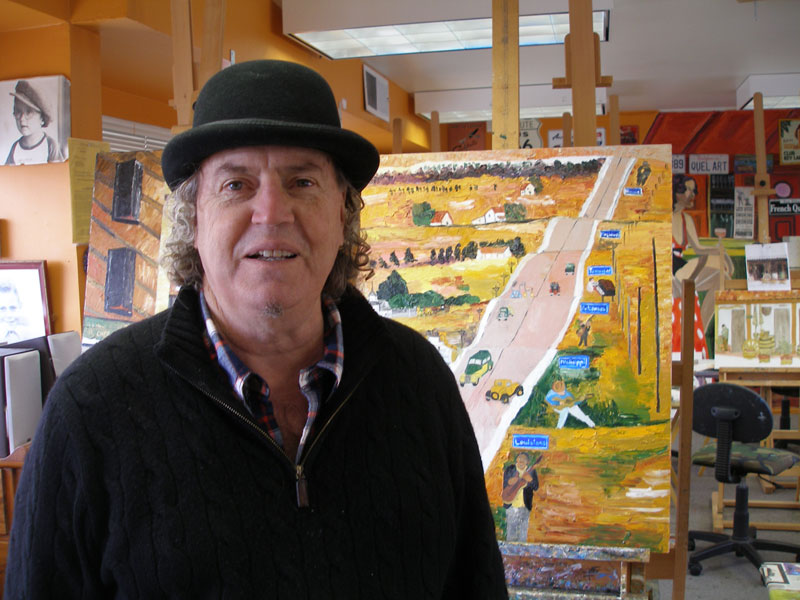 Bernard Emmanuel Béneito was born and raised in Marengo, Algeria, leaving in 1962.  Uprooted, he lived in different countries before settling in California in 1996. His gaze, smitten by poetic fragility in the face of persistent and nostalgic memories of his many travels, has undeniably allowed him, through the awakening of his artistic talents, to grasp the inspiration of emotions felt in the memory of the countries with echoes of light and fiery musical colors, and in an atmosphere of symbolic rustlings. Béneito has shared his passion for pictorial art, participating in many individual and some collective exhibitions in Germany, France, French Guyana, Ecuador, Caribbean Islands, USA, and Italy. Combining creation and teaching (he owns La Maison des Artistes in Palo Alto, CA), he was 1st prize winner, oil and acrylic category, from the triton Museum in Santa Clara, CA, in 1999, and Academic Knight from the International Greci Marino Order in Italy, in 2003.  Listed in the “Who’s Who International Art” in 2005, his name is confirmed in the very important art history reference book, collection of prestige, “Masters and Epigones” published by the Editions Renaissance in Quebec, Canada, in October 2007. Interviewed many times for different magazines, his works are held in private collections in Europe, Canada, USA, the Caribbean, Lebanon, Africa and Tahiti.

Indefatigable worker, Béneito is a visual and rigorous investigator when he launches into the search of understanding the popular manifestations of Jazz, Blues, Flamenco, Tangos or carnivals from his many travels all over the world. Deeply Mediterranean, the artist depicted the entire woman singing, dancing, attractive…Beneito lived in North Africa and among the native people of West Africa, South America and the Caribbean Islands, still attends Afro-american cultural events. Thus we can understand his attraction to the African dances and Blues scenes which he depicts with a deep realism. So is his art, full of delicate observations of daily notes, promenades in the known places, sweet successions of roundness with a perfect discipline of the rhythm. He is a free painter, full of surprises who takes advantage of his knowledge and his voyages to get out his own vision and make use of his enormous sensitivity. The post expressionist figurative Béneito’s art is made with great care to the texture. He restricts his technique to oil on canvas applied with the palette knife.